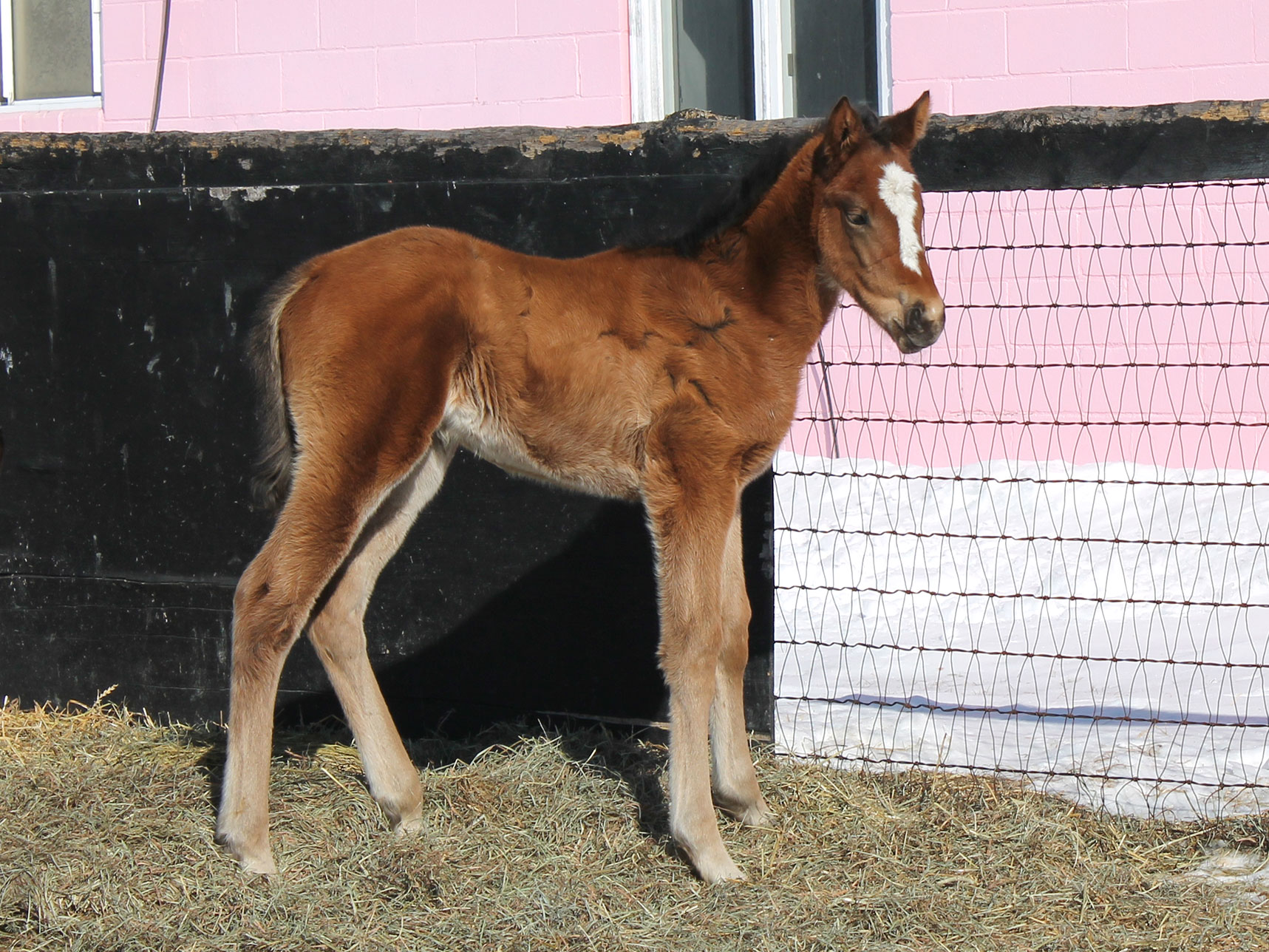 Giant Zinger, a four year old daughter of Giant’s Causeway out of GSW and track record setter Hostess sold to Michael G Rutherford for $450,000 at the Fasig Tipton November Sale. Bred by Gallagher’s Stud, she was purchased privately by Team Penney Racing after not reaching her reserve at the 2016 FT NYBred Sale. Bill Mott trained the rangy bay to third in both the Gr 2 Sheepshead Bay and the Gr 3 Orchid for Team Penney Racing. She was sold as a racing or broodmare prospect.